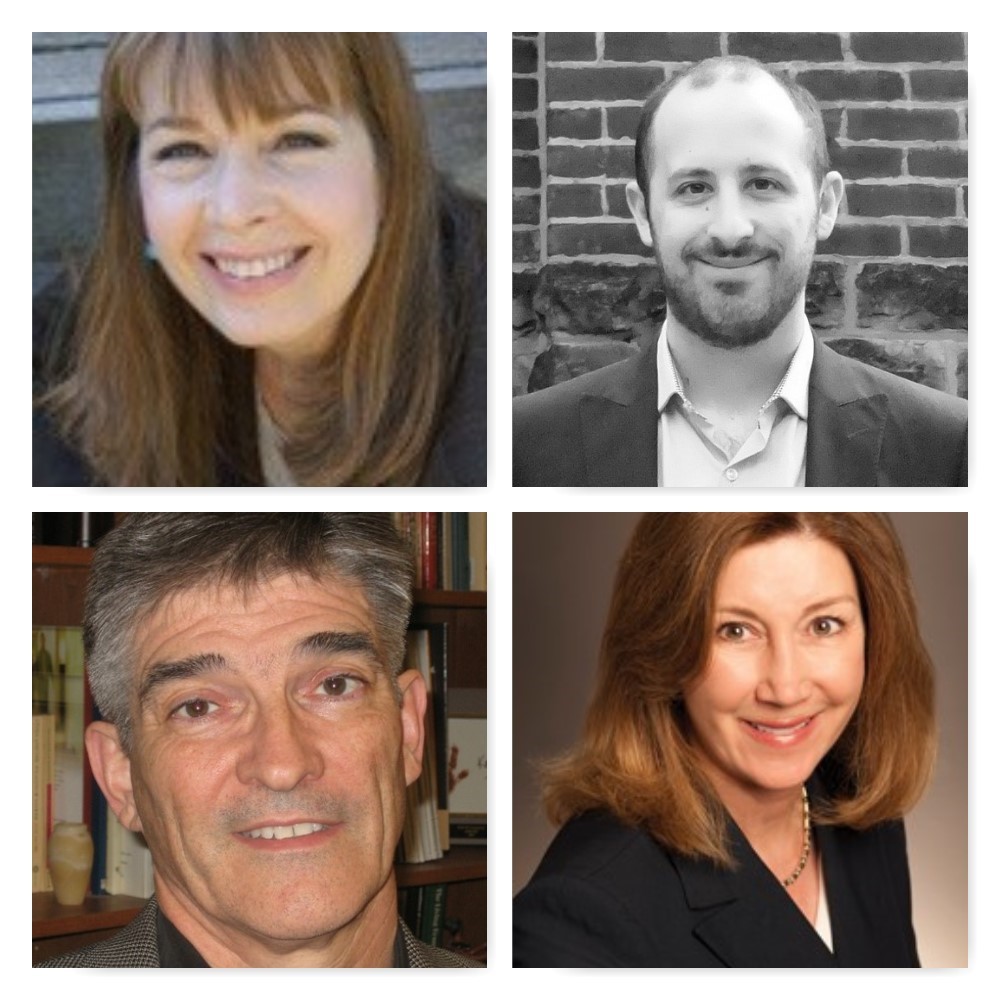 Regehr promoted and defended basic income on many levels, pointing out that Canada already has two forms of basic income policy in place – Old Age Security (OAS) and the Canada Child Tax Benefit. She pointed out that income guarantees for seniors and children worked in tandem with good public services to provide a better quality of life.

The BICN chair also pointed out that increasing rates of technological change and automation are creating a new reality and challenge for human labour, with employment much more insecure. She says a basic income would promote a fairer distribution of work, wealth, income and better civic participation.

Clutterbuck offered the most qualified support of the evening, pointing out that poverty wasn’t only about income, although that was one aspect. It is also about poverty of exclusion from the community, he said, and lack of employment chances.

“The idea of de-linking labour from income security is a bit troubling to me and I think…it undermines community advocacy movements,” Clutterbuck says.

Clutterbuck emphasized that we “can’t just pretend paid labour is not important.”

He also questioned why our society allows the deterioration of good jobs to occur, pointing out that good paying and meaningful work can help people “get far beyond the poverty line.”

Clutterbuck did say that a “basic income should be part of a balanced discussion, and then it could have a role.”

“Income security should be situated within a wider discourse with employment opportunities.”

Clutterbuck hopes the forthcoming pilot administered by the Ontario government could demonstrate how a basic income could work in tandem with other supports. In this way, the income security and community supports become interdependent, able to withstand future political scrutiny, he says.

Citing decades of research as far back as the Whitehall study, which examined mortality rates over 10 years among male British Civil Servants aged 20-64, Mercer says it’s clear that income security would tremendously help with population health.

She pointed out that in her city of Guelph, one neighbourhood is challenged with a 30 percent poverty rate for children. This same neighbourhood “has no grocery store, no library, and no daycare.”

“It is really an impediment,” she says, because if families don’t have the income to have a car to access the services they need it creates layers of problems.

Noah Zon, for Maytree, says not all basic income policies are created equal, something that all panelists agreed on.

“The wrong kind of basic income could make people worse off,” if it corresponded to an erosion of public services.

In pointing out the efficacy of the Canada Child Tax Benefit, Zon says that “we know people use money remarkably well” to help their families, agreeing that this form of a basic income – including the OAS for seniors – have been successes.

The Maytree researcher says that the cost of bring up all families in Canada over the poverty line with a basic income could be $300 billion dollars though, and that’s after factoring in the elimination of welfare systems. (However, Zon seemed to be referring to a demogrant model here, rather than the more widely accepted and more affordable negative income tax model, in which some monies are clawed back as people work.)

“I’d rather focus on the gaps in our existing benefits though…rather than choose a modest version of a basic income just because it might be more affordable,” he said.

Zon cited the Alaska Permanent Fund which gives about $2,000 to each resident per year, a dividend from oil development, as an example of a modest basic income that would be ineffective.

Regehr emphasized that the basic income guarantee would have to be “designed well, based on the values we share.”

“A basic income also has the potential to have positive community-wide effects,” as has been shown in India, Regehr says.

From a mental health angle, Regehr says “we can make the choice to throw money at mental health now, or we can first take a huge mental health strain off of people first with a basic income.”

Clutterbuck cited the example of the activist federal governments of the early 1970s that helped create meaningful work opportunities for people. As a young history teacher who graduated into a large glut of teachers in 1971, he says that new and different opportunities from government allowed the flourishing of careers, like his, in the non-profit sectors. This helped build communities and contributed to better social cohesion.

Pointing out there are now robots that spend time with people who have Alzheimer’s, he wonders “why we’re not paying people to be with people?”

“This is an example of making better employment decisions.”

Mercer points out that research shows that women who have food security issues tend to be more overweight than those who do not. As well, they often raise daughters with mental health issues.

Zon says recent changes to the Canada Child Tax Benefit by the federal Liberals have moved 397,000 people out of poverty this year.

“And that’s a strong case for a basic income,” he adds.