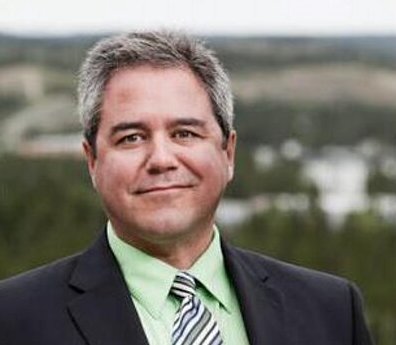 “It’s a real concern to see people like this remain above the poverty line. So I would be very interested in investigating this (basic income) policy to see what would be viable.”

The mayor says it makes sense to him to set up pilot projects first so things can be tested. “That’s the way to go. Trying a pilot project out would let us see any pitfalls and measure the successes.”

Like many northern communities, Curtis says Whitehorse is “challenged with affordable housing.” He points out there are 114 families in his city currently looking for sustainable, affordable places to live.

On the other hand – and echoing comments made by Yellowknife Mayor Mark Heyck – Curtis says there is “tremendous opportunity” in Whitehorse, particularly for those able to work for one of the four levels of government – federal, territorial, municipal, or First Nations.

“Many people are doing quite well and then others are struggling,” says Curtis. It is that inequality gap that has him concerned.

Curtis says as an example, Whitehorse’s Filipino community is about 3,000 strong.

“Many of these folks rely on family and friends to help one another out, and most are working two or three jobs,” but finding affordable housing is still an issue for them. “Many are also attending Yukon College at the same time,” to try and better themselves.

(At the request of the Government of Yukon, Yukon College is preparing to become a university. It is preparing for the delivery of its first made-in-Yukon degree to commence in 2017, and the transition to university status.)

“They are a fantastic addition to our community,” but the housing situation for the Filipino community — and for other people on the waiting list – is not sustainable, he says.

The mayor, who was born in Whitehorse, previously worked for Skills Canada Yukon as their executive director, an organization that promotes skilled trades and technology.

When asked about the viability of creating a limited basic income for the Yukon Territory, such as the Alaskan Dividend in the nearby U.S. state, Curtis points out that the territory doesn’t have a lot of resources, excluding its modest gold production and some other minerals. All of Alaska’s dividend comes straight from oil profits.

“Frankly, with our (territorial) population at about 37,000, yet with Yukon pulling in federal transfer payments in excess of $1 billion…I don’t know where a dividend would come from,” he says.

Curtis says setting up pilot projects to determine the viability of a basic income program will “get any uncertainty out of the way.”