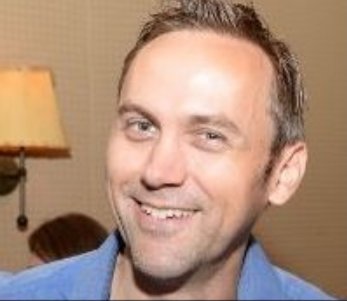 Have we done this? Yes we have. The evidence is out there for anyone seeking to find it.

In Namibia, an experiment took place for years that involved a thousand people in a single village all being given basic incomes. What happened? Did social cohesion go down thanks to free money? Not according to the official report:

The experience of the BIG pilot suggests that the universal cash grant liberated people and the community from the individually and collectively draining and devastating impact of poverty. Many people living in Otjivero-Omitara said that they had only survived previously by asking and begging for food. This was profoundly embarrassing and undermined their capacity to have normal social interactions and the development of constructive community relations and real community spirit. The payment of the BIG has dramatically changed this. Begging has basically stopped and people reported that they can now visit and speak freely to each other, without the fear of being seen as a potential beggar. Judging from the observations of community members, researchers and members of the BIG Coalition, it would appear that a stronger community spirit developed over the period of the first year of the BIG.

Not only did a greater sense of community grow, but the very first thing the village even did was to organize an 18-member committee to mobilize the community and advise residents. This was an immediate effect described in the report as “community mobilization and empowerment.” There were also other notable effects, like a 42 percent drop in crime, huge reductions in child malnutrition and school dropout rates, and a 301 percent increase in self-employment.

It would be one thing if these kinds of effects have only been observed in one place, but the findings have also since been replicated in a more recent series of basic income experiments in India. There in a larger basic income experiment that spanned multiple villages and thousands more people than in Namibia, again a multitude of positive effects were found, including community effects. For example, recipients actually pooled their cash together to make shared community purchases like temple repairs, the formation of credit unions, wedding loan funds, and even TVs everyone could watch. Additionally, separate castes actually began to work together, which was surprising even to them.

The village organizers told me that the castes don’t normally “come together”, but the women of different castes in the villages did come together, for animal husbandry, buying cows and livestock, other financial and other training and SEWA meetings.

Again, as in Namibia, there were numerous additional positive effects including a marked increase in economic activity, improvements in nutrition and overall health, improved school attendance and performance, increased savings, lowered debts, and improvements in housing among others. These effects were above and beyond what were seen in the control villages. These were effects due to increased incomes across the board as the independent variable.

What I consider to be the most fascinating evidence though for increased social cohesion from unconditional cash transfers comes from Lebanon, where a natural experiment was created by giving everyone cash above a certain elevation line and not below it. This made it possible to compare the populations right above and below an arbitrary line as being two identical populations with only a single variable — free money. What happened?

Using surveys of lottery winners, we analyze the effects of unearned income on the well-known Big Five personality traits. After correcting for potential endogeneity problems associated with the size of lottery prizes, we find that unearned income improves traits that predict pro-social and cooperative behaviours, preferences for social contact, empathy, and gregariousness, as well as reduce individuals’ tendency to experience negative emotional states.

When people win small and medium-size size lotteries, not the huge ones, but closer to the size of basic incomes, they become more cooperative, agreeable, and social. This is pretty amazing, but perhaps the most amazing of all findings in regards to increased incomes and improved personality traits, comes from a 10+ year study in North Carolina, where just four years into it, about a quarter of the households being studied saw an increase in their incomes of about $4,000 per year per tribal member as a result of casino dividends. Because of this, and because this just so happened to take place during a long-term longitudinal scientific study, some incredible effects have been observed in the children as young adults that would be virtually impossible to study outside of full-on implementing universal basic income.

The entire summary by The Washington Post is a must read, but the following two passages are key:

Not only did the extra income appear to lower the instance of behavioral and emotional disorders among the children, but, perhaps even more important, it also boosted two key personality traits that tend to go hand in hand with long-term positive life outcomes.

The first is conscientiousness. People who lack it tend to lie, break rules and have trouble paying attention. The second is agreeableness, which leads to a comfort around people and aptness for teamwork. And both are strongly correlated with various forms of later life success and happiness.

“All of the evidence points to the idea if they change in the teenage years, they will stay changed forever,” said Akee. “In this case, the kids will likely maintain a different level of conscientiousness and agreeableness for life.”

Imagine a population where this is applied to everyone when they were kids? Consider an entire population of adults who are both more conscientious and more agreeable due to being raised in households with less or even no poverty. Does this sound like a population with reduced social cohesion?

When people are given additional income without conditions, we repeatedly observe gains in social and community relations. Personality traits improve. People begin to work together more. They set mutual goals. They help each other more. A belief that a breakdown in social cohesion is somehow the cause of our economic woes and not the result of it is just plain wrong. It’s demonstrably false.

For anyone who thinks welfare proves otherwise, it doesn’t. Because we attach conditions, we actually introduce certain harmful effects. By targeting assistance to households instead of individuals, we create an incentive for the formation of single parent households. By removing assistance as incomes increase, we create an incentive to stay out of the labor market. By giving only to those determined to be deserving, we attach a stigma to the assistance and to its recipient. These are not problems with the provisioning of cash assistance itself. These are problems with the way we go about designing our assistance programs. They are the result of non-universality and the inclusion of conditions that are actually and provably counterproductive.

The problems we see around us in the form of decades of stagnant wages and growing inequality are correlated with a loss of social cohesion, but if experiments show that increased incomes lead to increased social cohesion, it becomes really hard to argue that basic incomes will lead to complete social breakdown. Instead, it makes it easier to see that universal basic income has the potential to reverse a great many of the indicators around us that are symptomatic of a society experiencing a severe maldistribution of abundant resources due to as yet unrecognized economic rights.

Such rights do not go unrecognized in the conservative state of Alaska where everyone received $2,072 this year simply for living and breathing. In fact, they’ve been receiving an annual dividend of around $1,000 on average since 1982. Have decades of “free money” eroded their social cohesion and led to a society full of social decay? To the contrary, Alaska’s rates of poverty and inequality are the lowest in the country, and individuals there report having the highest rate of well-being of any state in the US across an index of five indicators including social and community well-being.

Instead of ignoring all of the above data and more, including all the evidence we’ve already gained from collected studies of cash transfer programs all over the world, let’s instead learn from it all, and use it to design economic policies informed by science. That’s the way forward. Let’s stop using only our hearts or our guts to inform our policy decisions, and instead start using the scientific method.

-- Scott Santens is a New Orleans writer/blogger focused on the effects of poverty, inequality, and technological advancement on modern society. He writes about basic income on his blog.