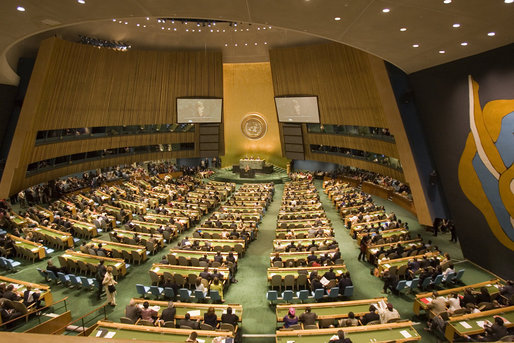 Antonio Guterres, United Nations Secretary-General, gave supporters of universal basic income a reason to toast in his address to the general debate of the 73rd Session of the General Assembly of the U.N. on September 25, 2018.

“The very nature of work will change,” said Guterres. “Governments may have to consider stronger safety nets and eventually, universal basic income.”

Guterres has a point. As automation eliminates jobs like data entry workers and postal clerks — 52 percent of tasks are projected to be replaced by robots by 2025 — and a long-running concern is how displaced workers will respond to mass unemployment.

New technologies bring new jobs with them, but learning new skills can be both costly and time consuming. It’s also hard to anticipate how we should be training people for new careers that don’t exist yet.

It’s against this backdrop of rising income inequality and the rise in automation that the idea of universal basic income has gained steam. It’s an alluringly simple idea: To prevent poverty and compensate for wage stagnation, simply give people money. But it has also remained controversial, with the star complaint that free money simply turns the unemployed into free-loaders. But researchers say that isn’t necessarily the case, as the Alaska Permanent Fund, a small-scale implementation of universal basic income, has shown and that UBI has actually boosted local economies.