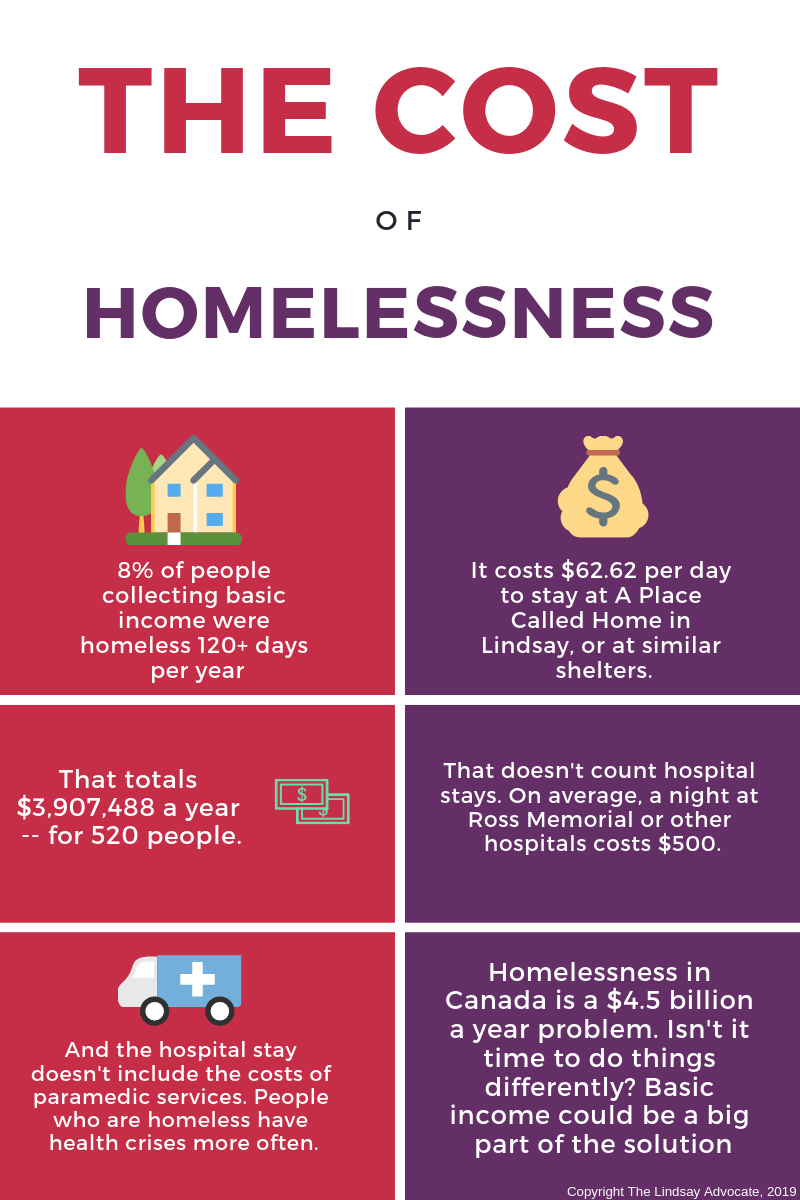 Typically, most of us find these things in the security of our income and in the security of own home. When we can’t manage to secure these most basic of needs, though, we’re certainly not going to be able to grow any further as individuals, let alone make a contribution to society. In fact, we will become part of the pressure on our society’s health care system, on our social services, and on our policing and judicial systems.

Out of the few thousand people collecting basic income for a short time in Ontario, eight per cent were homeless in the past 12 months, prior to collecting the benefit. They were homeless an average more than 120 nights a year, according to the baseline survey.

The moral imperative to address issues like this is often lost in a sea of voices that would rather talk about economic impacts to the ‘taxpayer.’

One person multiplied by 120 nights at the homeless shelter is $7,514. And eight per cent of the 6,500 people involved in the basic income pilot in some way is 520 people.

Certainly some could argue that not all 120 days were spent at places like A Place Called Home – that some of the homelessness we see includes couch surfing. While that may be true, we have not even begun to examine other costs, such as hospital stays for crisis situations – which invariably happen often to those who are experiencing homelessness. (Oh, and the paramedic response that often accompanies the crises.)

Additionally from the baseline survey, we know that more than 43 per cent of basic income participants indicated that they were having real financial problems and falling behind. About 20 per cent were behind on paying their rent or mortgage for two or more months in the past year, fast approaching the threat of homelessness. (It didn’t help that more than 55 per cent of average income among participants was spent on shelter.)

Of course, many other Canadians, not just those from Lindsay, Hamilton, or Thunder Bay, would see themselves in these figures, too. These are not only issues about people who were collecting basic income – they are pan-Canadian in scope and it speaks to the growing inequality in our society that so many can recognize themselves in numbers like this.

Just days ago a survey released by MNP Ltd shows the number of Canadians who are $200 or less away from financial insolvency at month-end has jumped to 46 per cent. Nearly half of Canadians have so little wiggle room in their finances that just $200 of unexpected bills could prove financially disastrous.

So as we look at, and judge how to respond to issues like homelessness, public health, or basic income, we should perhaps recognize the vulnerability of much of Canadian society. How many paycheques are any of us away from needing a helping hand?