The cancellation of Ontario’s basic income project is a tragedy 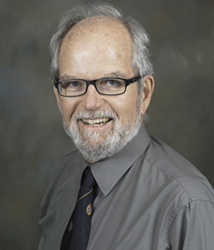 The cancellation of Ontario’s basic income project not only violates our obligation as a society to ensure economic security for all. It also breaches the ethical obligations we have to those participating in research, and underscores the need for a multi-faceted research methodology in designing better income security programs.

The new Conservative government in Ontario led by Doug Ford has cancelled the Ontario Basic Income Pilot – an initiative of the former Liberal government of Kathleen Wynne.

The pilot promised a comparison of those receiving a monthly basic income in test sites in three areas of Ontario with those who did not. The research was aimed at ascertaining “whether a basic income helps people living on low incomes better meet their basic needs and improve their education, housing, employment and health.”

The Liberals put their faith in an evaluation design that approximated a randomized controlled trial. In research like this, a discrete variable (the basic income payment) is received only by those in an “experimental” group, and a comparison is done with a similar “control” group (who do not get the payment) to see if different, and potentially better, outcomes accrue to the experimental group.

My colleague at the University of Manitoba, Prof. Gregory Mason, recently made the made the case that it was time to abandon the project.

He argued that because the basic income pilot encountered several practical problems when setting up its evaluation methods as a more or less “pure” randomized controlled trial, there was scant valid and useful data to be garnered from the project.

But, respectfully, I believe that a great deal was lost with the cancellation of the project. The moral and ethical implications of scrapping the program must not be ignored.