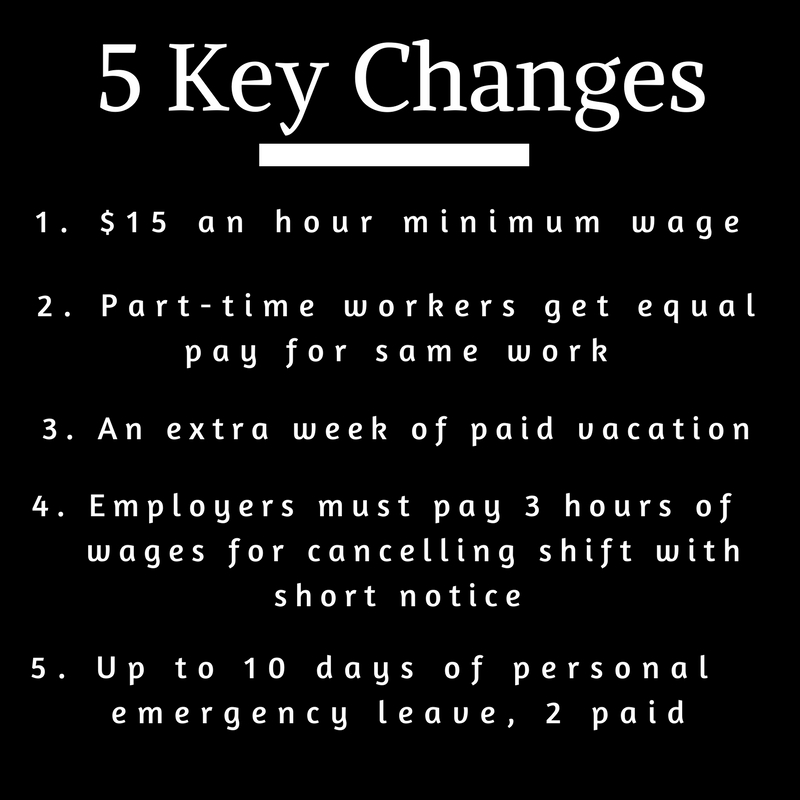 TORONTO–The Ontario government has just announced that minimum wage in this province will increase to $15 an hour from $11.40 an hour in just 18 months.

At a press conference Premier Kathleen Wynne says government “has a responsibility to step up” to help build a fair society.

“I have always believed that government must be a force for good…and that this is the reason it exists. Increasing the minimum wage will make a world of difference in millions of lives,” says Wynne.

Wynne says it has always been a challenge to raise a family on minimum wage, “but recently it has become almost impossible.”

The premier says Ontario, like other jurisdictions, is being tested in new ways with the rise of precarious work – work that is part-time, temporary, or contract, often without benefits.

She says new technologies and automation are putting increasingly more jobs at risk, and that people “are working long hours and still barely betting by.”

The premier says there is a common thread of fairness she is trying to weave in many of her government’s recent announcements, including the creation of:

“We have to work harder than ever to preserve our fair society,” she says.

On the issue of paid vacations, Wynne says that now, after five years of work, employees will be entitled to a minimum of three weeks vacation each year instead of two.

The premier says her government is also establishing fairer rules for scheduling for employees. Now, any employer will be required to pay employees for three hours of work for cancelling a shift with less than 48 hours notice.

“People are working longer, jobs are less secure, and protections are fewer and fewer,” says the premier.

“So we need to make certain our workers are treated fairly.”

Wynne says she will also ensure workers have the right to take up to 10 days of personal emergency leave each year, two of them paid.

“We all need to be able to respond to the realities of life,” says the premier, no matter what kind of job we do.

Wynne says her government will also modernize rules around the creation of unions, and ensure people are not improperly treated as independent contractors if they are in fact employees.

“We must create an environment in which businesses can thrive, and yet good employers know that treating workers decently is good for business,” she says, noting that “the people must be able to benefit” from the success of businesses.