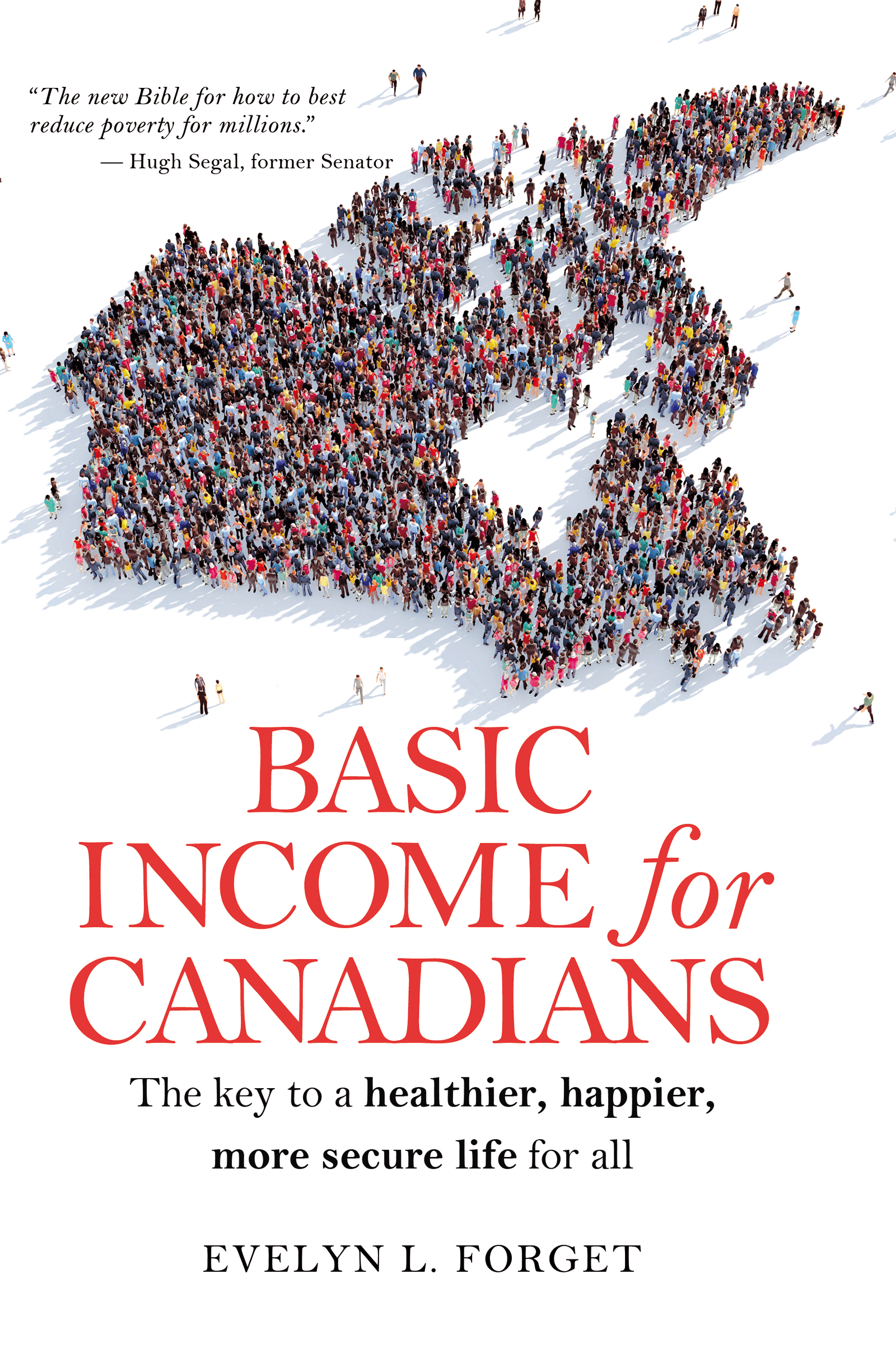 Evelyn Forget is an economist in the School of Medicine at the University of Manitoba. As noted in her biography, several years ago she began researching the data associated with a basic income field experiment known as ‘Mincome’ from rural Manitoba in the 1970s. Her work with that data has been making the rounds in op-ed pieces for the last couple of years, and she has been consulted by the governments of Ontario, B.C., Quebec, Finland, Scotland, and Netherlands.

Forget addresses the two great obstacles most bring up when it comes to considering basic income’s widespread adoption – affordability, and the idea that people must always be employed for wage labour. She does so with clarity and the kind of insight that has the capacity to change minds if this book can find its way in front of enough people.

Her chapter on basic income being good for population health is unassailable. Her sections on women and basic income, and how basic income connects to human dignity are clarion calls to adopt this measure, not as a panacea for our society, but as a necessary springboard to live decent lives in tandem with other public services.

In her chapter Women and Basic Income, Forget questions some of the prevailing norms about the ‘value’ we place (or is it judgment?) on anyone who is generally unskilled and how they should be kept busy in low wage labour. This passage is particularly insightful:

“The only women for whom basic income may create an incentive to leave the labour market are the low-waged. Some will be better off financially not working than they would be working, especially when they take childcare into consideration. How is the world better off if a woman pays someone else to care for her children while she struggles at a low-paid job?”

She points out afterwards that “low-waged, insecure work will always exist, and when unskilled women re-enter the workforce after their children grow up,” they will not be worse off than if they had carried on working.

Forget also takes the reader through chapters on how basic income affects various people, nine myths about basic income, and how we get from here to there.

In just 187 pages (excluding the appendix) she crafts an eminently readable manifesto that will undoubtedly help move the needle from discussing basic income to its eventual adoption. The only question that remains is how quick will that adoption be? If policy makers allowed themselves a moment to escape the path dependency that has stalled Canadian public policy innovation for decades, so much more could be accomplished. This fine book is more than a nudge in that direction.

Roderick Benns is the Publisher of The Lindsay Advocate in Kawartha Lakes, and the author of Basic Income: How a Canadian Movement Could Change the World.