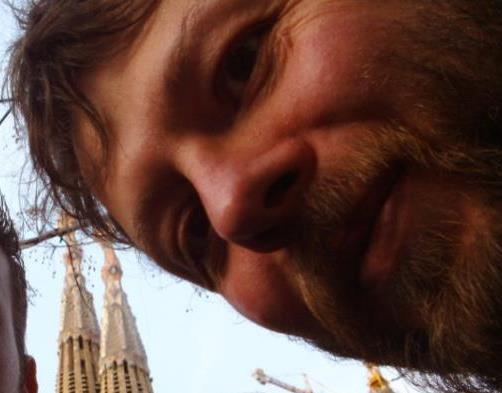 In addition, the Nordic countries differ quite a lot internally as well, and have evolved quite differently in the last 10 years, so it all depends what aspect of social policy you are interested in. In terms of Basic Income Guarantee, the country to watch out for is Finland, where the discussion is most developed and active. (Author's note: De Wispelaere is currently in Finland helping this country to set up basic income pilot projects.)

Benns: In what way would you try to convince someone who is on the conservative (right) side of politics about the merits of a basic income guarantee?

De Wispelaere: This is an interesting one. It’s often said that Basic Income Guarantee is a great policy because it has supporters across the political spectrum, but I would like to add a note of caution to that claim. Basic Income Guarantee, at the most general level, obscures so that we often end up talking about proposals that are quite different at the level of detailed design. Unsurprisingly, progressives and conservatives propose very different models in terms of costing or the funding source, implementation modalities, focus on individual or household-based, and most controversially which programs can be abolished once we institute a Basic Income. This disagreement is substantial, so the key question for Basic Income advocates is whether we go with a strategy of agreeing on the basics and working out the details as we go along, or whether instead we want to be very clear about our ‘red lines’ and if need be build a progressive coalition and leave the conservatives outside. Pragmatic politics is one thing, but too much compromise might eat into the very reasons we want the policy in the first place. Hard choices!

Benns: Do you believe that a leaner bureaucracy is possible – including the eventual elimination of disability, welfare, and employment insurance with a basic income guarantee?

De Wispelaere: In a sense my response here continues on the previous point. The one argument that is often put forward to the conservative side is the so-called administrative savings argument, but this in my view is very much a red herring. There is no doubt that Basic Income is easier to administer than its selective counterparts, but what produces savings is not the extra implementation of a Basic Income but rather whether it replaces other policies. And here lies the rub: as said before, for progressives Basic Income will always be complemented with a wide range of targeted social programs so the actual administrative machinery is not being reduced as is sometimes suggested. Basic Income would never be able to fully replace disability assistance, welfare or unemployment insurance as you suggest – not for progressives at least. The sort of program that would really amount to a lot of savings has been proposed by some Conservatives (for instance by the controversial US social commentator Charles Murray), but is entirely unpalatable outside these circles. One more point on administration. The anti-bureaucracy perspective of many Basic Income advocates actually poses an interesting political problem: social history teaches us that once a policy becomes implemented, its administration constitutes one important interest group that protects the policy against political backlash; the “lean bureaucracy” argument may well be a recipe for reduced stability over time for Basic Income.