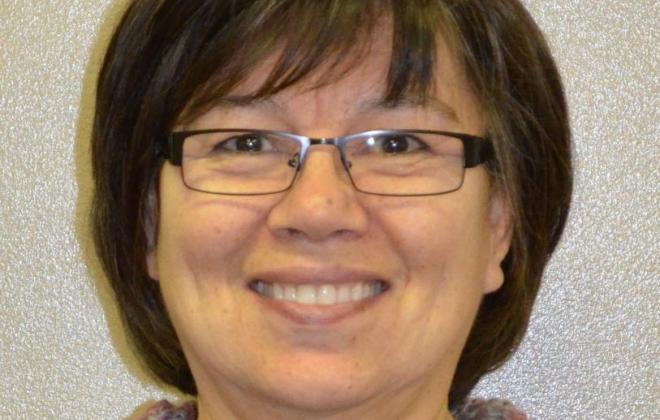 The mayor of Iqaluit, the capital of Nunavut, says basic income policy would bring dignity and equity to Canada’s largest territory.

Mayor Mary Wilman (pictured left) says the multiple challenges of northern living on Baffin Island and in the rest of Nunavut are so great that citizens need basic income policy to lift them out of poverty.

“Due to a lack of roads and access, the only means of getting food here is through an annual shipping route and by air,” says Wilman. “That means we have to pay about three times as much for food as people pay in the south.”

Minimum wage in Nunavut is $11 per hour – the same as Ontario. However, as the mayor points out, four litres of milk in Ontario is $3.99. In Iqaluit, it’s $12. The average cost of 2.5 kilograms of flour in Nunavut is $13, and about $5 everywhere else in Canada.

“The minimum wage economy is based on southern living,” she says.

According to the Globe and Mail, seven in 10 Inuit preschoolers in Nunavut live in homes without enough to eat. Median income for non-aboriginals in Nunavut is $86,600 a year; for the Inuit, it is $19,900. Eighty per cent of Nunavut’s 36,585 people are Inuit and almost half the population is on social assistance.

“There’s a lot of people up here who are unemployed,” Wilman tells Leaders and Legacies.

She also points out that even old age pensioners often just get the bare minimum because there are few job opportunities where people could have had the chance to a pay into a pension. “Therefore most live on the basic allotment from the government when they become of age — about $500 a month with no additional income.”

Wilman is among 327 Canadian mayors who were invited to complete a national survey by Leaders and Legacies, in order to gauge municipal level support for a basic income guarantee policy. A common definition of a basic income guarantee ensures everyone an income sufficient to meet basic needs and live with dignity, regardless of work status. It involves a regular, reliable distribution of money from government to people to help ensure total income sufficient to meet common, basic needs.

Wilman says she can “really see the good that basic income policy could do.”

“It would bring dignity back to the people here. It could supplement other incomes,” and improve education levels if people know they can go back to school without fear of being impoverished.

In a 2013 report prepared by the Caledon Institute of Social Policy, commissioned by Nunavut’s Anti-Poverty Secretariat, the Institute recommended that Nunavut move to dismantle the welfare system and replace it with a basic income policy.

Wilman says many residents of Iqaluit want to become hunters to provide for their families, given there are few employment opportunities to choose from. The debate over the definition of what constitutes ‘work’ is clearly seen in Nunavut, where traditional ways of life are not recognized.

“Many people want to earn their own way, but people are struggling. If you’re a full time traditional hunter, there’s no extra income to can tap into. Traditional lifestyles up here are not recognized, so people end up becoming social assistance recipients.”

People in the south often think becoming a hunter is practically free, she points out, but when you factor in the need for the right equipment, it can be quite costly to get set up. Transportation like a boat or a snowmobile is necessary, as is a weapon and ammunition, gas, and tools.

“All of this is needed to enable the hunter to become a viable contributor to the family.”

“When you don’t have the means to be independent it affects individuals’ self-esteem. It’s disheartening, not empowering. It’s degrading.”

The mayor says basic income policy was brought up again at a Baffin Island mayors’ meeting last year. She points out that she is the only mayor in the territory lucky enough to be employed full time, because Iqaluit has city status. Almost all the other mayors in the territory are part time and could, in theory, benefit from a policy like basic income.

“I advocate for my people here in Iqaluit, and in the other Nunavut communities,” says Wilman.

“We have talented, skillful people here who may not have the same opportunities to earn income like in other places in Canada.”