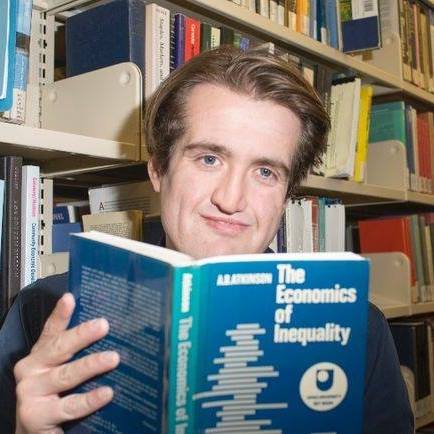 Given the largely static nature of poverty rates in the province, combined with over 400,000 Ontarians regularly accessing food banks, this points to the fact that, whatever its intentions and designs, the current approach is not working. Across the province, the country and indeed the world, individual and institutional voices in civil society, government and the private sector are demanding a re-think of how we provide for the least fortunate. This new approach must be fit for the purposes of a 21st century economy and be flexible and emancipatory rather than restrictive.

The Ontario government has committed, in the 2016 provincial budget, to the implementing of a pilot program in basic income, and this is to be applauded. This pilot should be implemented at the earliest possible opportunity pending effective design. However, I would urge Ontario’s Liberals to consider moving more definitively in the direction of basic income as a guiding principle rather than a pilot.

Advocates for a GMI approach have been continually frustrated by pilot programs (such as the Manitoba “Mincome” experiment in the 1970s) which, while promising, are abruptly cut off and their findings gone unused. A commitment that this upcoming pilot will not be a one-off, but will rather seek to test out a system for all of Ontario moving forward, would greatly reassure GMI advocates as well as those with an interest in social justice more generally as to the government’s intent.

To briefly describe, the idea of a GMI is quite simple, though the exact form it might take can greatly vary depending on exact design criteria. The government would, in essence, guarantee that all citizens had access to a certain minimum standard of income, usually set just above the poverty line, either via direct payments (i.e. everyone gets a cheque worth the poverty-level income) or via a negative income tax (i.e. individuals with income below a given threshold get supplemental pay from the government, rather than paying taxes).

Canada currently practices a form of a GMI for senior citizens via the Guaranteed Income Supplement top-up for seniors without other sources of income. (This system most resembles the negative income tax form of the GMI). This has proven remarkably successful in reducing the rate of seniors’ poverty, from in the range of 20 percent when the program was implemented to single-digit levels at present day. Furthermore, other unconditional cash transfer programs for categorical groups within Canada and Ontario (such as the National Child Tax Benefit and Ontario Child Benefit) have shown strong poverty-reduction effects.

International evidence on unconditional and moderately-conditional cash transfer programs has shown that, in addition to improving health and education indicators, they do not have strong work disincentive effects. In fact, some studies suggest that having a certain “floor” of unconditional income actually creates greater psychological security for individuals to move into employment or related activities.

Some studies on “negative income tax” experiments in the US in the mid-1970s returned a more mixed set of results, finding higher disincentives to work in areas where a GMI was implemented. It should be noted, however, that this mainly came in the form of people taking longer periods of unemployment in order to find new jobs more correctly aligning with previous skills and credentials.

This concern about diminished work incentives forms the standard case against the GMI and it should not necessarily be dismissed out of hand. It is true that labour market activation should be an overall goal of government policy, though it is questionable whether it makes a great deal of sense to prod an extra two years of labour out of a 63 year-old manual worker with the threat of destitution, particularly as the status quo tends to encourage such workers to take on early retirement or apply to higher-cost disability payment programs. Furthermore, a “floor” of basic income would encourage work against income-based “job lock” by making workers more likely to take on greater risk in terms of building human capital, starting new businesses and making more productive use of their skills.

There are doubtless some who, in the event of a guarantee of minimal living standards, would be content with this and simply drop out of the labour force entirely. However, quite beyond the monetary benefits, the jobs people actually enjoy having tend to be done for a variety of more intangible reasons which wouldn’t change with a GMI. As part of the employment and economic development strategy of the province, we ought to be encouraging innovation, new thinking and entrepreneurship, rather than skills waste and busy work.

A GMI approach would support those goals.

The time to consider an approach which accomplishes the goals of poverty elimination while also cutting down on administrative costs and truly allowing people to find their own way in life has never been better than now. With the ongoing changes in the nature of the economy through globalization, communications advancements and the automation of a wider swath of work, a largely employment-based strategy to end poverty may soon meet a dead end.

As Ontarians, we have an opportunity to lead on social assistance reforms that truly act to end poverty, and to make our province an example of the power of new, bold ideas to the rest of the country and, indeed, the world. Let’s not let that opportunity be wasted on yet another pilot report which gathers dust on a shelf.