Do We Need A New Work Ethic? 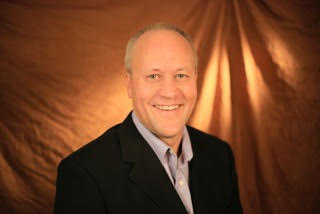 George Dutch lives in Ottawa and has been a career counsellor for over 25  years. He is the creator and curator of UnDone: an online weekly magazine "confronting the link between work & wages for social change."

Are you worth $75,000 a year just for being who you are? I say, yes, and so  does the Gallup-Healthways Well-Being Index, a major study by Nobel prize-  winning economists that concluded this amount of annual income is what  individuals today in our society need to lead a dignified life. Does that feel  right to you?

Ethics is the branch of knowledge that deals with moral principles. Morality is a system of values shaped by philosophy or religion to help us determine what is ‘good’ or ‘bad’, or what is ‘right’ or ‘wrong’.

We can see the influence of different philosophies in common definitions of what is a ‘good’ or ‘right’ work ethic. For example, a belief in the moral benefit of work (and its inherent ability to strengthen character) is often synonymous with the phrase the Protestant work ethic; while the phrase idle hands are the devil’s workshop defines a bad work ethic. The utilitarian version to labour diligently—a fair day’s pay for a fair day’s work—promotes the notion of a person who gets to work on time every day and is willing to work hard (and long if necessary) to get the job done. An individual with a ‘bad’ or ‘wrong’ work ethic is usually characterized as someone who is lazy, unreliable, or incompetent.

Since the Industrial Revolution, the notion that self-worth should primarily come from this work ethic has been reinforced by social norms. In short, we are socially worthless without a job.  We are what we do; you are your job. It is the link between work and wages that defines us. In this cultural context, net-worth becomes the key determinant of self-worth. We conform and submit our lives to this social norm as the ‘right’ way to live in order to achieve the Canadian Dream of home ownership through job stability and financial security.

There is increasing evidence that work today governs our everyday conduct in much the same way that religion guided the lives of medieval people during the middle Ages. From the time we awake until we sleep (and even during sleep) our clock is organized around our work obligations—from rushing kids to day-care, to running errands during work breaks, to buying a fast food family dinner on the commute home, to bringing work home, to checking work emails 24/7, to applying sleep aids that mitigate the effects of anxiety, worry and burnout associated with our waking work lives.

In many respects, work is not only at the centre of our culture; it is the totality of life! Work is no longer a means to an end but an end in itself. It is now the source from which all blessings flow, whether eking out a precarious existence through humiliating subservience or locked up by golden handcuffs punctuated by moments of delight and dignity. A church is where medieval people went to nourish their identity, to find meaning for life, or to just ‘be.’ Today, the secular version of sanctuary is the workplace…a poor substitute if only because depression and mental illness is now the number one workplace disability, as well as all the other social ills and stresses that are connected to the coercive nature of ‘drudgery’ or ‘bullshit jobs’ just to pay bills.

I suggest that we need a new work ethic based on a re-conceptualization of work, one that breaks the link between work and wages as a defining condition of self-worth. We must pluck up our collective courage and say, “No!” to outmoded traditions, such as the notion that any work is good work. We must be willing to alter our habits of mind and think beyond “a job for life” as the purpose of existence. We must dismantle a social order that requires educated, talented, and motivated individuals to conform and submit to an arbitrary economic system that increasingly benefits a very few at the expense of very many. We must boldly imagine an alternative future.

This, I believe, is one of the sparkling virtues of the current Basic Income movement. It opens a window to a liberating view of work. Let the robots take the dull, dirty and dangerous jobs. Good jobs will always exist for some. But isn’t it better for those unemployed, underemployed or unhappily employed to be paid for investing their labour in our social fabric—in child, elder, or friend care; in civic pursuits or pursuit of life-transforming genetic health care or pursuits of higher learning; in tutoring refugees or volunteering in the trenches; in dancing, writing, or singing to create more beauty in the world; in collaborating on clean water, climate change, affordable housing, palliative care or food security initiatives? Such work is stigmatized and neglected because no business model exists to sustain it under our current economic system. So, why shouldn’t every voting citizen be paid $75K year for doing this kind of work if they so choose—for protecting and promoting the best of civilization?

Imagine the return on that $75,000 investment. Unleash the potential I say! Let loose the Mozarts, Einsteins, Madame Curies, Michelangelos, Mother Theresas, Da Vincis, Mandelas, Galileos, Van Goghs, Beethovens, Faradays, Bantings, Bells, Mills, Goethes, Newtons, Ghandis, Brontes—we are depriving ourselves from the benefits of an ever-renewable reserve of human talent to better this world beyond advances marked only by growth in GDP (an increasingly poor measure of prosperity). A new work ethic may usher in a better world of meaningful work.