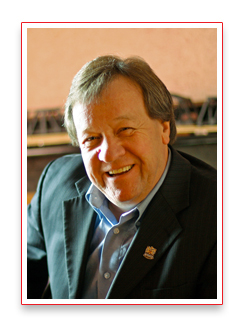 It’s time to improve the quality of life for all Canadians, says Charlottetown Mayor Clifford Lee – and the best way to do it is to implement a basic income guarantee policy. Lee says such a policy – also known as a guaranteed annual income or minimum income — must be created in tandem with other social supports to be effective.

Lee says with such a long federal election going on, “there’s all kinds of time” to talk about poverty and issues like basic income policy, although he’s not convinced that party leaders will yet.

Lee tells Leaders and Legacies that “until this country’s leadership is able to sit down and address the quality of life issues that hold us back, then Canada will not become what it should be.”

He says for too long the three levels of government “have drawn lines in the sand” about whose responsibility it is to tackle various social issues, including poverty, and the result of this posturing has slowed progress. As well, tax revenue sharing is a significant issue that needs to be addressed for all cities, he says, because it’s not acceptable for municipalities to continue to raise taxes.

While he acknowledges the City of Charlottetown is not responsible for social services (unlike some other municipalities in other parts of Canada), he says the principled thing to do when holding an elected office is to advocate on behalf of citizens’ needs.

“There’s no question that as elected officials we have a responsibility to address ongoing issues” that we see in our communities, he says, “beyond snow removal” and other basic services. He says this is one of the reasons he is speaking out about a basic income guarantee policy and other social issues.

The mayor notes that from a social angle, Charlottetown is focusing on family violence prevention and affordable housing. An affordable housing summit that was held last fall to look into the housing needs of city residents was sidelined with elections. Lee says he will be “reactivating” this group by the end of the year to continue their work.

When asked if work incentives needed to be built into a basic income guarantee policy, Lee notes that he doesn’t believe this will be an issue.

“I honestly believe that Charlottetonians, Prince Edward Islanders, and all Canadians sincerely want to contribute to their society.”

Referring to basic income policy, he says that “if we create a vehicle to allow them to play that role, we’ll succeed.”