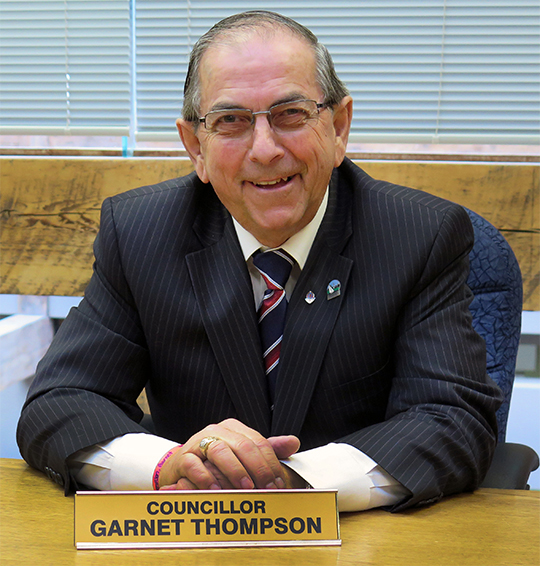 The Kingston resolution was forwarded to all municipalities in Ontario with the request that they consider indicating their own support for the initiative. The City of Cornwall has also endorsed the motion.

“I think it’s a policy that will help get all levels of government engaged,” Thompson tells Leaders and Legacies.

Thompson, who brought forward the motion before Belleville City Council, says the kind of work that is often available now isn’t meeting the needs of enough people. “It’s obvious to me that people can’t live on what they’re earning,” says Thompson, referring to minimum wage jobs that are often not even full time and lack benefits.

He says there’s not enough affordable housing in the city, with about 1,400-1,600 people on a waiting list. Those who can’t wait are paying market rates on their inadequate wages or social services money, “which isn’t sustainable.”

Belleville, a relatively prosperous city of 50,000 with a broad economy, nonetheless is on the same trajectory as many other Canadian towns and cities – increasingly at the mercy of precarious work, with more part time jobs, contract positions, and jobs without benefits.

Thompson, who is also a board member of the local Canadian Mental Health Association, says when a parent has to hold down two or three part-time jobs just to make ends meet, “it’s a stress on families.”

“It affects mental health. The courts are inundated with cases connected to mental health issues and it often has connections to poverty.”

The policy would ensure everyone an income that is sufficient to meet their basic needs, regardless of work status through direct cash transfers using the income tax system.

In the motion that originally passed at Kingston City Council, a number of converging factors and reasons to support basic income were given, including income insecurity, precarious employment, inequality, and adverse public health outcomes for people living in poverty. All of which, in turn, can lead to low levels of education, chronic stress, and criminal activity, which is more costly than poverty in the long run.