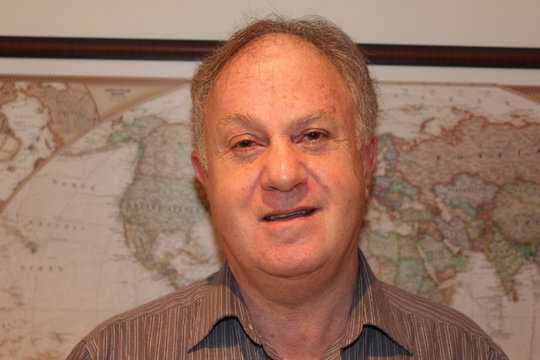 Raphael has written over 300 scientific publications that focus on the health effects of income inequality and poverty, the quality of life of communities and individuals, and the impact of government decisions on Canadians’ health and well-being. He is editor of the ‘Social Determinants of Health: Canadian Perspectives’ (now in 3rd edition).

The professor says as much as a basic income policy is needed in Canada, it cannot hope to do everything that is needed to address all poverty and health related challenges.

“For me to be really happy, there would also have to be housing supports, childcare, a national pharmacare program, in addition to a better balance between labour and the corporate sector,” says Raphael.

According to Poverty Free Ontario, in the last 35 years, except for a short period in the mid- 1980s to 1991, the poverty rate in Ontario has hovered between 9 percent to just over 12 percent, using the Ontario Government’s official poverty measure (Low Income Measure – After Tax) and the latest Statistics Canada low income figures.

“Whether in good or bad economic times, since the recession of 1992, Ontario has struggled to stay below a double-digit poverty rate of 10 percent or higher. This tells us that reducing the poverty rate to 4 percent or lower will require structural approaches that address the basic material living conditions of low income Ontarians,” according to the fact sheet.

“Poor people in Canada are really, really poor,” says Raphael. “And Canada has among the highest incidents of low income workers – 27 percent of workers are low paid.”

Over time, the poverty gap has narrowed for children and seniors, who are recipients of the Child Tax Benefit and Old Age Security, respectively. This fact has often bolstered basic income advocates’ claims that a guaranteed minimum income could alleviate poverty for working age adults, too.

Since there are so many poor working opportunities, he says that a basic income can’t possibly be a cure-all, when “insecurity and rotten work benefits” are still prevalent.

“There has been a relentless weakening of peoples’ incomes,” over the years, says the professor, and it’s why he chooses to emphasize the need for a full spectrum of changes. This includes better quality employment opportunities with benefits to create stronger income security for all Canadians.

A recent United Way and McMaster University study shows that fewer than half of workers in the Greater Toronto Area and Hamilton are in permanent, full-time jobs. Instead, about 52 per cent of workers are in temporary, contract, or part-time positions.

“A basic income is an absolute necessity, but it is only one small part. If the basic income could eliminate food banks, and if it can be in tandem with child care and Pharmacare, then there’s no doubt this would be a profound achievement,” says Raphael.

But by addressing a re-balancing of power between business and labour, such as the examples provided by Scandinavian and continental European countries, much more progress could be made, he points out.

“There are basic needs, and then there are the needs for a flourishing society.”