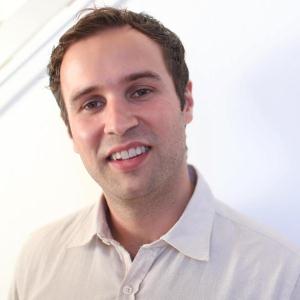 Marinescu: I can’t find a clear turning point, but the main factors that led me to be more aware and serious about learning more about basic income was that I have a lot of experience at the front lines of globalization. While most people think of globalization in the context of  foreign factories, textiles, manufacturing, and outsourced programmers, my own business is structured in a way where I was able to leverage the global possibilities of recruiting for knowledge work and service jobs.  When I started my business, I immediately started hiring mid-level and entry-level operations roles in eastern Europe and other countries outside of the typical first world economies. Now I have almost 50 people of which only one quarter work from the United Kingdom, Canada, and the U.S. If it were not for globalization, my business might not exist as I could not have afforded so much staff in the early years.

On the other hand, if most other companies in Canada and the U.S. leveraged the same opportunities there would be even fewer and fewer jobs and increasing downward pressure on wages for existing jobs here. So you see it’s not just automation we should be concerned about that will take out jobs. Modern knowledge worker jobs can be hired anywhere. This insight is why I became so interested in basic income. Most of today’s companies are keeping costs low by building things in emerging economies but their main profits are coming from consumers in mature economies who have been experiencing slow and steady wage stagnation for the last 30 years. That is a leaky boat in my opinion and we on a dangerous downward spiral in terms of the health of the economy that will eventually hurt all levels of society.