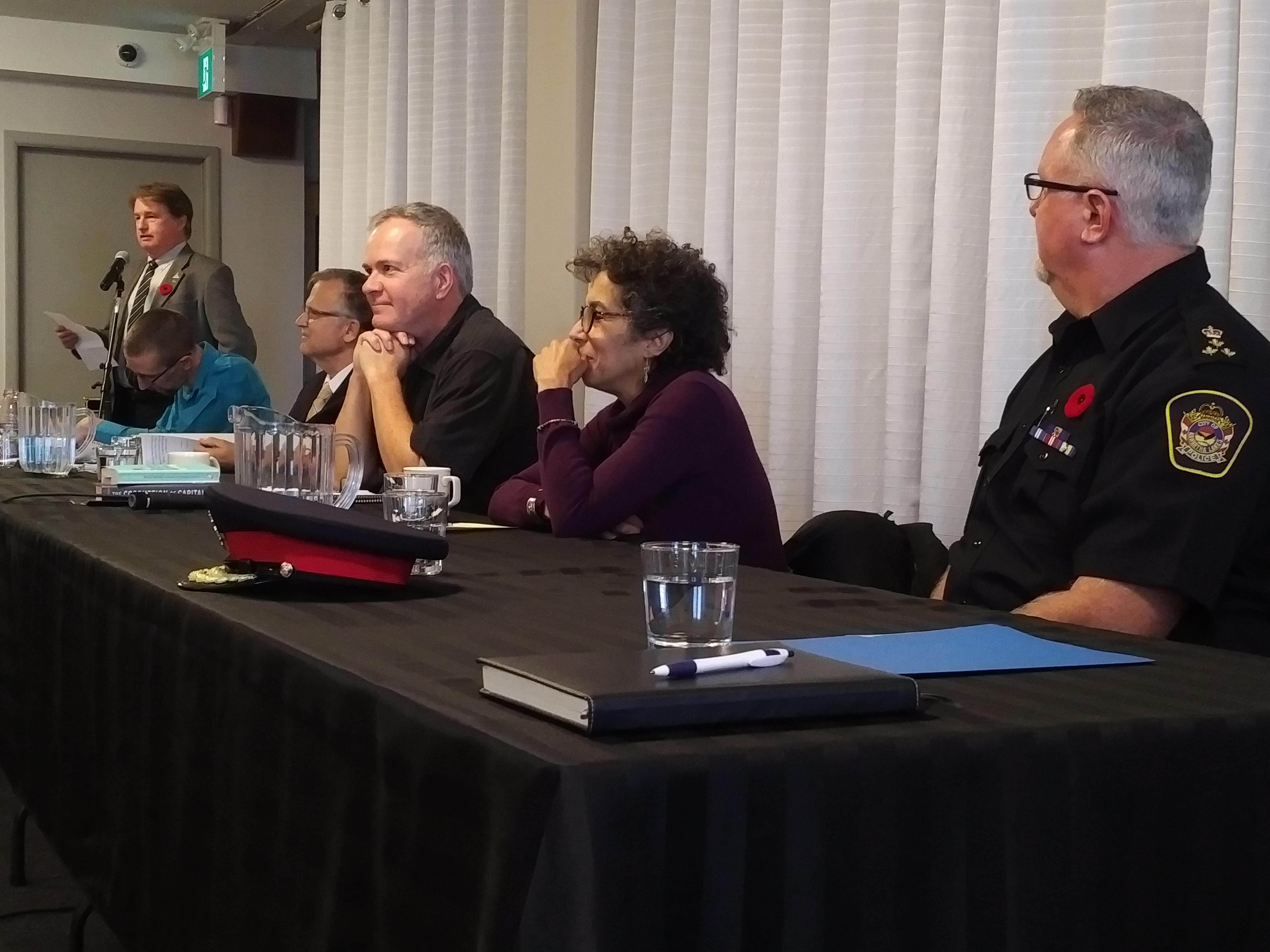 While a panel discussion about basic income was happening in Lindsay last Friday, there was a three-hour line-up to sign up for basic income at the Lindsay Public Library – a line that spilled out onto the street.

The parallel events show there is great community support for the Ontario Basic Income Pilot, certainly from an growing number of ‘average citizens’ who are increasingly made up of the so-called working poor.

These working poor are tired of a corporatist world that demands austerity from the people and yet retention of benefits for a privileged minority – and their numbers are rightly growing.

I was one of the panelists/speakers at the basic income event, which was essentially the Ontario Basic Income Network (OBIN) choosing to hold their annual meeting in our fair town. The Friday afternoon public discussion was meant to be a show of support for Lindsay and for the Ontario pilot getting underway here in Lindsay right now.

The other panelists and speakers included: Chief John Hagarty, Lindsay’s forward-thinking police chief; Dr. Bert Lauwers, the progressive CEO of Ross Memorial Hospital; Mike Perry, Lindsay’s citizen of the year and the man most credited with spearheading a determined team that ultimately convinced the Province to pick Lindsay for the pilot; Tim Ellis, a member of OBIN and an erudite basic income advocate; Josephine Grey, a well-known human rights activist.

Chief Hagarty spoke about hope, not policing and crime. He acknowledged that, like other communities, Lindsay’s growing drug issue with fentanyl is a terrible thing. And yet he spoke about it in the context of social exclusion, not crime and punishment.

“How hopeless are you, beyond the addiction, that you need to disassociate yourself from life?” he asked the crowd.

How fortunate is Lindsay to have a police chief who wants to talk about social exclusion before he talks about crime?

Bert Lauwers, Ross’ CEO, told the crowd that allowing poverty was a social policy choice. He noted that we spend way too much time and money on acute care instead of the social determinants of health – which are essentially the living conditions that we experience.

“We have to re-purpose our economy to put human beings at the heart of our society,” Lauwers told the crowd, pointing to the better health outcomes of the more egalitarian Nordic nations.

How privileged is our town to have a hospital CEO saying we’ve got to have an income floor for people if we want to have better population health?