An overview of basic income experiments from around the world 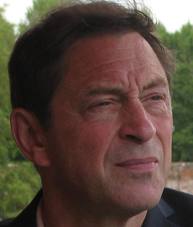 BIEN cofounder Guy Standing, a basic income pilot veteran and now frequent consultant, dubbed 2016 “the year of the pilot“ in response to the burgeoning interest in experimentation with basic income in various countries throughout the world. In 2017, some of these pilot studies were launched, some have been delayed, and other plans have remained dormant. Some have turned out to resemble a full-fledged basic income to a lesser degree than first anticipated.

It will be updated on an ongoing basis.

A. UPDATES ON SEVEN STUDIES

First, though, an important caveat: although each project listed below has been described as a “basic income pilot” or “basic income experiment” in media reports, few manifest every characteristic of a basic income, defined by BIEN as “a periodic cash payment unconditionally delivered to all on an individual basis, without means-test or work requirement.”