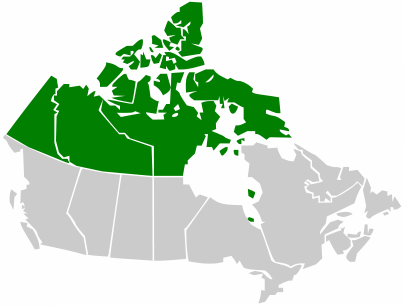 Mayors across Canada are being interviewed by Leaders and Legacies, in order to gauge municipal level support for the policy. A common definition of a basic income guarantee ensures everyone an income sufficient to meet basic needs and live with dignity, regardless of work status. It involves a regular, reliable distribution of money from government to people to help ensure total income sufficient to meet common, basic needs.

Mayor Mary Wilman, of Iqaluit, capital of Nunavut, says basic income policy would bring dignity and equity to Canada’s largest territory. Nunavut is more than two and a half times the size of Texas, but has only about 37,000 people.

She says the multiple challenges of northern living on Baffin Island and in the rest of Nunavut are so great that citizens need basic income policy to lift them out of poverty.

“We have to pay about three times as much for food as people pay in the south.”

“The minimum wage economy is based on southern living,” she says.

Wilman says basic income “could supplement other incomes,” and improve education levels if people know they can go back to school without fear of being impoverished.

In a 2013 report prepared by the Caledon Institute of Social Policy, commissioned by Nunavut’s Anti-Poverty Secretariat, the Institute recommended that Nunavut move to dismantle the welfare system and replace it with a basic income policy.

“When you don’t have the means to be independent it affects individuals’ self-esteem. It’s disheartening, not empowering. It’s degrading.”

The mayor says basic income policy was brought up again at a Baffin Island mayors’ meeting last year. She points out that she is the only mayor in the territory lucky enough to be employed full time, because Iqaluit has city status. Almost all the other mayors in the Arctic territory are part time and could, in theory, personally benefit from a policy like basic income.

The mayor of Yellowknife says it’s time to set up basic income pilot projects in Canada to build on the “encouraging” Manitoba example from the 1970s.

Mayor Mark Heyck – a three-year mayor of Yellowknife, Northwest Territories, who was just re-elected — says basic income is “well worth looking into.”

The Northwest Territories is twice the size of Texas and has about 41,000 people.

Basic income “could provide people who have low incomes rungs to help them climb out of poverty and further their own education and their own well-being — to become stronger participants in Canadian society,” he tells Leaders and Legacies.

Heyck says the example of Dauphin, Manitoba from the 1970s showed “remarkable improvements” in people’s lives, after the data was analyzed. That’s why he wants to see modern-day pilot projects set up, since this will also help politicians to be able to sell the vision afterwards, assuming the data is encouraging.

Echoing Mayor Wilman’s comments, Heyck says the challenge for northerners “is dealing with the cost of living up here.”

As well, there are housing concerns in Yellowknife where the average price for a two bedroom apartment is $1600.

Being able to count on a basic income, he says, would allow people “to focus on their education, or issues that come up in their lives.”

“They can persevere through these obstacles because they know they will be able to make it financially,” he says, if such a policy were in place.

The Yukon is larger than California and covers more area than Belgium, Denmark, Germany and the Netherlands combined. The entire territory has about 34,000 people.

“It’s a real concern to see people like this remain above the poverty line. So I would be very interested in investigating this (basic income) policy to see what would be viable.”

“Trying a pilot project out would let us see any pitfalls and measure the successes,” and get any uncertainty out of the way.